Beginnings of the Orton Museum Collection

President Orton's establishment of a geological collection for the University follows from an act passed by the Ohio Legislature in 1837 providing for "a complete and detailed geological survey of the State." As discussed by Orton in 1894 (Journal of Geology, Vol. 2, pp. 502-516), this geological survey shall include a "chemical analysis of the soils, ores, marls, saline or other mineral waters, the construction of a geological map of the State, and the collection of the organic remains of the various formations and the supplying of sets of the same to the leading institutions of learning of Ohio" (pp. 503-504).

The Museum specimens that Edward Orton acquired were used for teaching, research, and display. Many were first exhibited in the original University Hall. Orton Hall, which was completed in August 1893, was constructed to house the Geological Museum (renamed the Orton Geological Museum) and the University Library. Specimens were added to the collection or studied by leading scientists of the time including, among others, John Strong Newberry, James Hall, F.B. Meek, R.P. Whitfield, and Edward Drinker Cope.

Below, OSU 1, a cluster of quartz crystals (SiO2) from Hot Springs, Arkansas, the first specimen entered into The Ohio State University's collection by Edward Orton (1874). From that year forward, specimens in the Orton Geological Museum's collection have continued to be identified with the OSU prefix in all technical  publications. 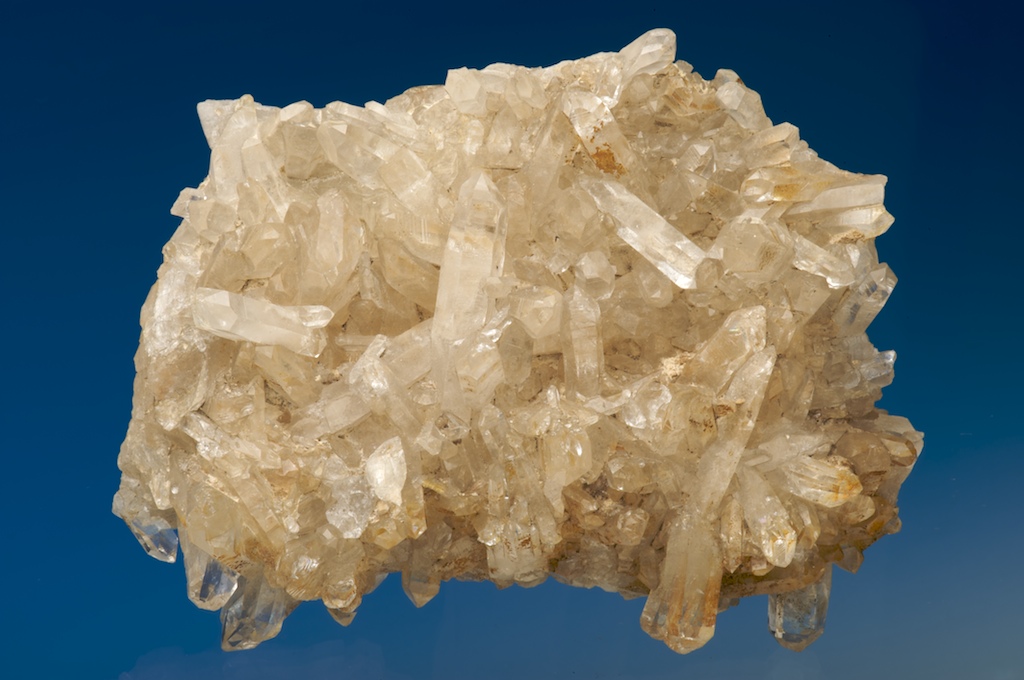